An Interview with John Craig

Collage artist (and Artspan member) John Craig might be best known to many as the creator of the artwork for Smashing Pumpkin's Mellon Collie and the Infinite Sadness, but this is just one bright spot in a rich and varied career. Craig's images are compelling and mysterious, making connections and telling stories that resonate long after you've seen them. Artspan content editor Claire Adas had a chance to ask Craig a few questions. 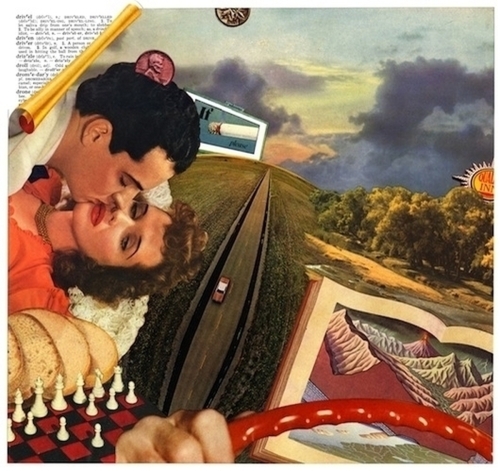 CA. When making a collage, do you look for specific images to create a whole, or do you find images by chance and let them tell the story? Where do you look for images? Are you a visual crate-digger? Has this changed over the years--for instance, do you search online rather than sift through actual texts? Do you have a store of images that you can return to when you need them?

JC. When I was taking commissions for publications, a client either had an idea they wanted me to pursue, or I was left to come up with an idea on my own. In both cases I would look for specific images that related to the content of the assignment. Usually they would be literally representative collections of images, but sometimes, when they worked, symbolic metaphors.  Now that I am creating personal collages, the images decide the content by their chance relationships to each other. The final collage that works best for me are those where I am not sure what is going on between the images. When their relationship is obvious, I lose interest. I do not like to preconceive an idea, and then “collage by number.” The surprise of laying images side by side and seeing those relationships develop in front of me is more immediate.  I am specific about the imagery that appeals to me though, and am always on the search for them. 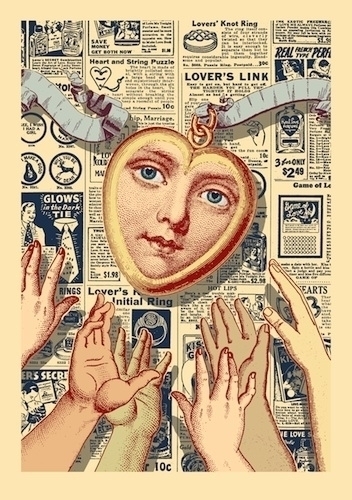 CA. You call yourself a see-it-all. It almost sounds like a super-power…the ability to really notice everything around you. As with all superpowers,  it might become a burden, particularly in our increasingly visually overwhelming world. Do you ever find you need to cut yourself off  from visual stimulation? Do you dream in collages?

JC. I have referred to myself as a “see-it-all”, but hearing it put back tome here, it seems a bit pretentious. I like to search for images everyday. It might be the equivalent of an artist who renders doing a sketch every day. I never had that discipline. Searching for images everyday can be a kind of procrastination for doing the work itself.

I have a collage friend who is not accepting anymore source material; planning to use up all he has. That may be more practical, but I would miss the surprise of the search, and I do thrive on it. I have a huge “morgue” of printed imagery that I am distilling now that I no longer work commercially, but I still shop everyday on Ebay for more, and old bookstores, and auctions when I can. I would say we all dream in collages....or rather montages. 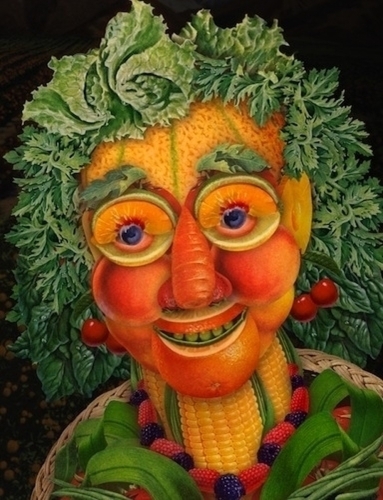 CA. You’ve worked as a freelance artist for most of your career. Did you set aside time for more personal artwork? How is this work different from  your commissioned work? What have you been working on lately?

JC. I was, fortunately, too busy when I was working on commissions to work on personal pieces, but I was always thinking about, and putting pieces aside for those. My personal work is still symbolic, but more mysterious and abstract in content. These pieces are different than those  shown on Artspan and other places. I will be showing the first new series from my personal work after this next summer.  I’m also working on a short film based on a specific and similar type of found image, repeated. I have a “second life studio” where I’ve  begun a series of assemblages.....collage with objects. This gets me away from the computer, and allows for hands on getting messy making art again. 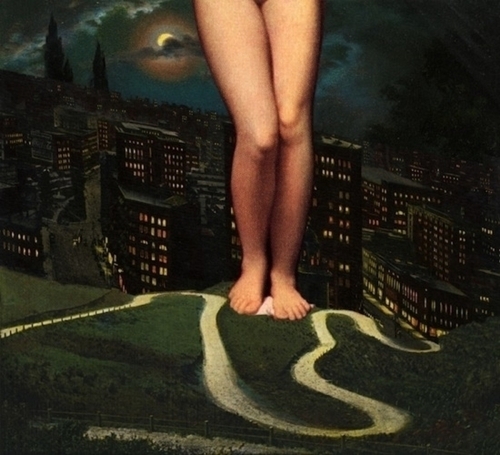 CA. Throughout this century and the last people have bemoaned advances in technology as the death of art. Film killed painting, video killed film, camera phones killed photography as an art. Technology has certainly changed the way collages might be made, but there is still something playful and childish about the technique. Do you see technological advances as a detriment?

JC. I don’t think I ever have, really. There is some nice quote out thereabout invention, and how it all starts off  as art, lives through its usefulness, and then returns to become art again. Photography that is still being done on film has made it even more of a fine art. I witnessed the end of an era as an apprentice to a wood engraving company that was still creating line art for commercial use.  I loved the look of the low res 72dpi look of the first Mac computers. It was a crisp, mini mosaic, petti-fore, graph paper kind of look, that is now lost in the HD world. 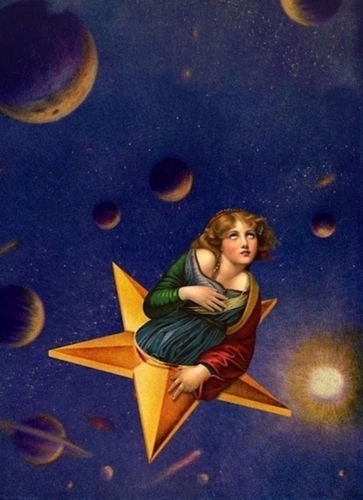 CA. You did the cover art for Smashing Pumpkins’ Melon Collie and the Infinite Sadness, as well as images for the booklet inside. Some of these images remind me of Henry Darger’s work: the children in a field, obviously, but on a larger level, the balance of innocence and threat, of light and dark. Is that something you talked about or thought about when working on the images?

Not really, although I’m aware of Darger’s work, and am amazed by it, I might not have seen his work at that time. The images for the cover and booklet of that album were based on quick sketches done by Billy Corrigan, who was looking for some Victorian imagery. They are like disjointed illustrations without stories, torn from some lost children's books. I like working with any vintage chromolithographs from that era because of their rich and saturated color. I think that period was the  highest form of printing until now.

CA. What’s the best piece of advice you’ve been given?

JC. Probably ignoring all the advice offered by many that art is not a career to pursue. My parents let me play and find myself. I knew in the third grade art was what I wanted to do. It kind of spoiled me for the rest  of a needed education. 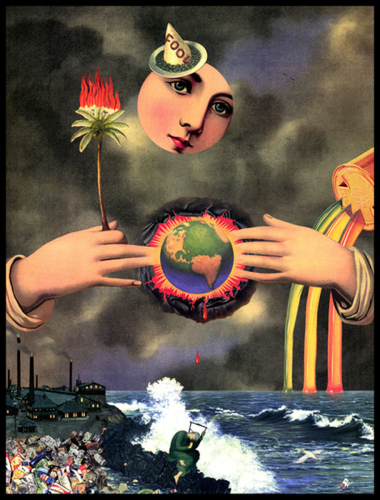 CA. Your work is remarkably alive, full of the humor and absurdity inherent in collage, but also full of depth and even pathos. Do you think about the characters you create in terms of narrative and personality?

JC. That is probably the best comment I have received....thank you. I don’t think about either of those things. I think there is one story I would like to write, and that may touch on those terms. I prefer the mystery; prefer to wonder about the piece I just made. Those are the pieces that last for me. I’d rather listen to someone else's  interpretations; but don’t admit to many, and preserve the mystery. There is a feeling I seem to be after, which I can’t explain, but it’s what I’m looking for when associating images, or even shopping for them.

JC. John is kind of a dull boy lately, working on projects around our home, so most creative projects are on hold, or dabbled with only a little bit. It’s OK as I know that when I get back to it, I will be able to immerse myself. I am distilling a lot of imagery, and trimming the fat from my collections; moving out pieces that are not going in my direction anymore.  I listen to a lot of blues from the earliest recordings through the early 1960s for a radio show I co-host. I’m also listening to Bernard Herrman.  When I retired I decided to read a lot of art magazines, which became tedious, so now I mostly study the pictures. I like to read  science when it is about discovery and invention.

I probably watch too many movies too.

Previous: Inside the Box

Next: Portrait Commissions: From the Classic to the Unexpected