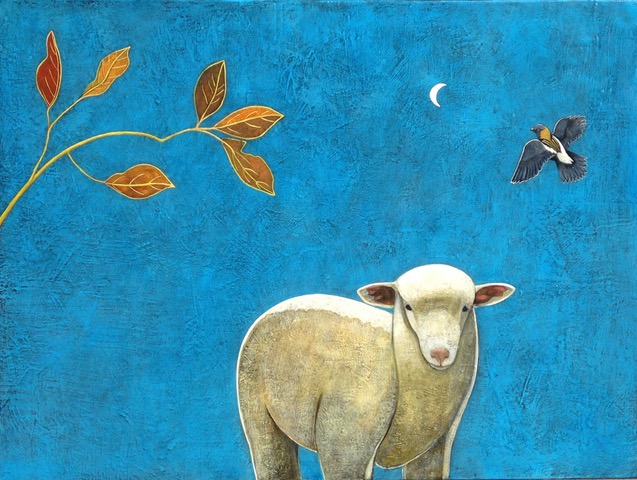 A spring lamb, a new moon, a bird in flight: all iconic images of the rebirth of the animals and the elements, and the part that rebirth plays in the cycle of all life. Stapler's painting contains echoes of spiritual art from throughout the ages, highlighting the importance of rebirth in the connection between art, humanity, and nature.

"In my paintings I use reductive arrangements and decorative elements influenced by early Eastern art. I work to balance positive and negative forms and explore within this context a range of emotional and environmental themes. It is my intention to convey a reverence for nature and the sentience of animals." 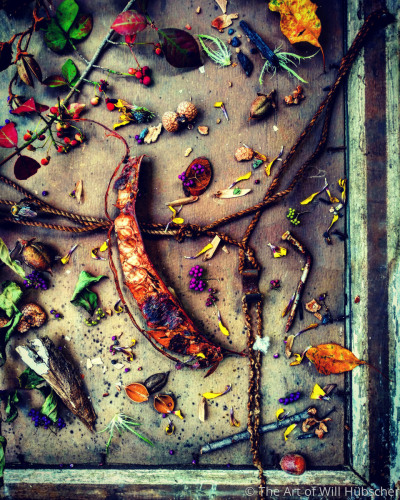 "Seeds, and flowers, and pods, and leaves all in different stages of decay photographed on the back of an antique frame. There is beauty in decay, not just in the blooms. Without the decay of one year, there would be no fresh beauty in the next.

Flea markets, old basements and attics, dumpsters, and objects found while walking the dog, have always held a fascination for me. What is cast off by society, thrown out, and discarded, may still hold value in this world as it is repurposed and recycled, into something new, something interesting, something now wanted and appreciated again by the world." 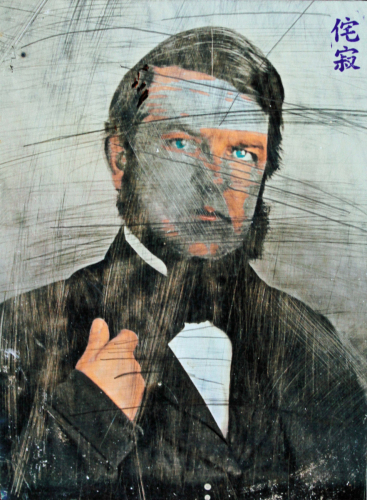 Man Who Was Scratched

"I am interested in subjects ranging from the origin and perpetuation of stereotypes to the death of civility. My work looks at the impermanence of individuals and the long afterlife of their prejudices and foibles." Ketchum's witty and provoking work makes use of found photographs and postcards, but manipulates them in such a way that they become reborn as a work of art. Something lost and forgotten takes on new life and beauty and importance. 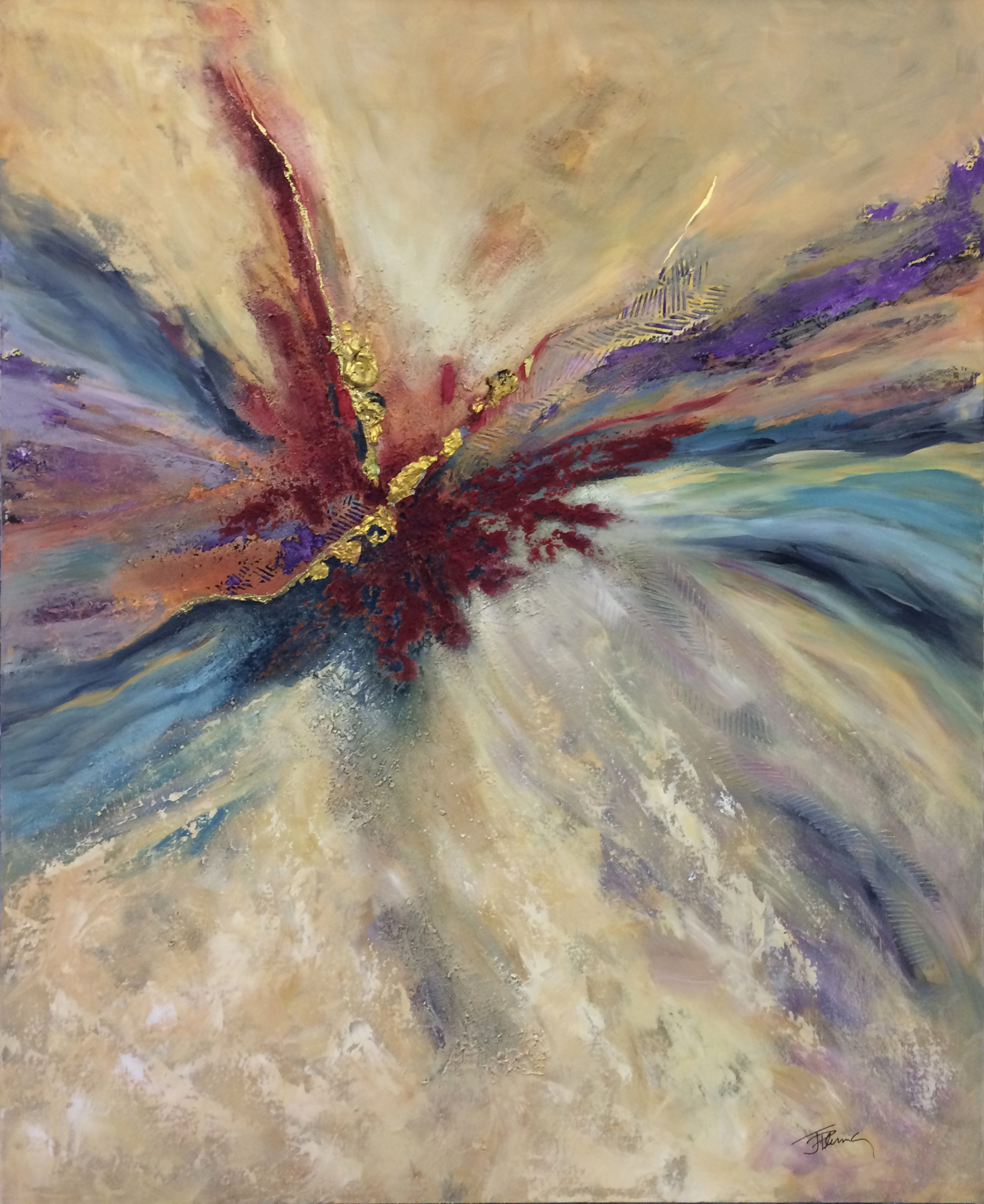 "Kintsugi is a Japanese technique for repairing pottery with gold. The word means golden joinery or golden repair. As an aesthetic philosophy, it embraces the idea that once repaired, something is stronger and more beautiful for having been broken.
"As a personal philosophy, I believe this aesthetic parallels our emotional journey. Life’s difficulties offer the opportunity for epiphany, learning, and transformation. With each trial, we gain the wisdom needed to help us face the next.
"As I worked on this painting, the abstract shape of a butterfly appeared unexpectedly. I find the image so appropriate, because the butterfly is a universal symbol of transformation and rebirth." 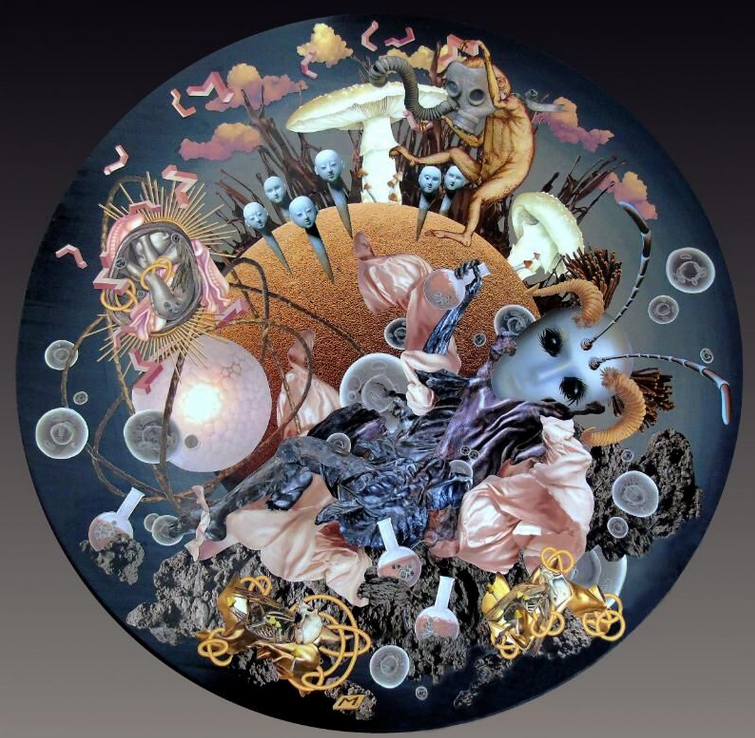 "Each intricately handcut-n-pate collage incorporates the idea of being presented many choices in life and having to choose what path to take in order to evolve and start anew. They illustrate a nurturing of the birth of a 'Re-species' into our own, or even to be given an opportunity to try again.....a second chance in the next life!" 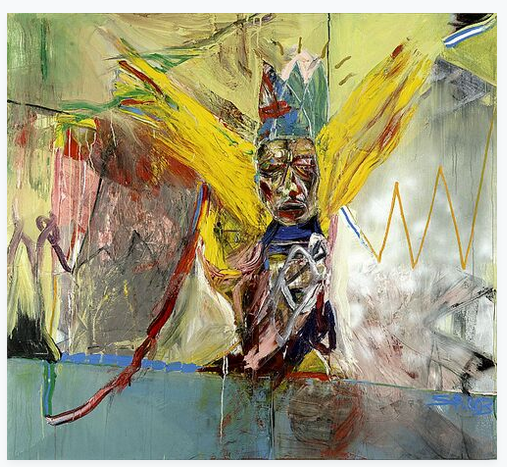 "To me the creative act is a thing of magic, of tapping into the non-ordinary; sensing, and absorbing, then working your way out of scientifically, in end remaining with the impression. To me Art is Alchemy." Sergio Rodriguez' work has been described as visionary, symbolist, religious & expressionistic. Above all, it is Visionary--it seeks to explore and represent the mystical experience. These qualities are evident in Resurrection, which creates a mysterious near-portrait full of obscure meaning. Light and movement rise out of the darkness with energy and spirit. 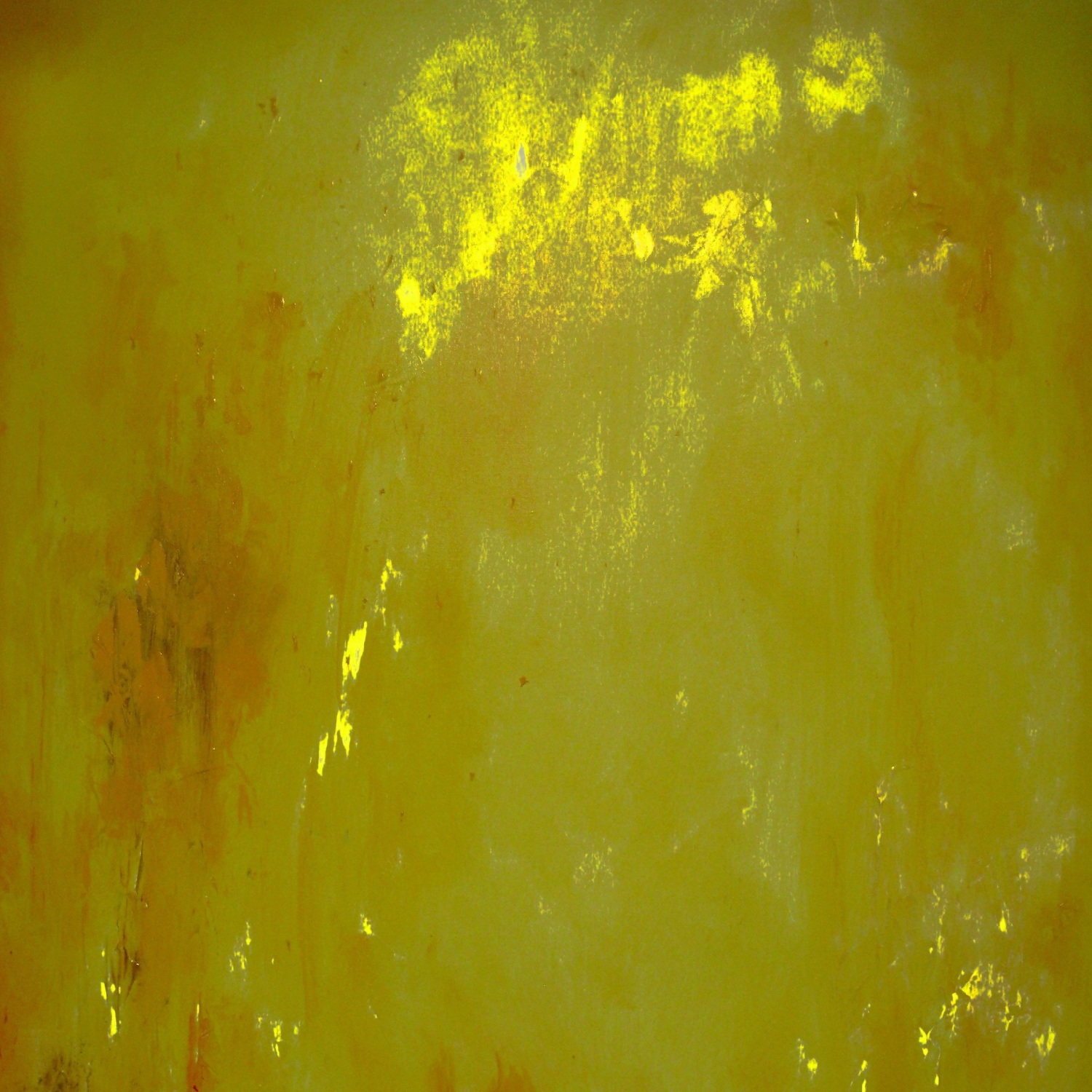 Charles Jos Biviano's mysterious glowing painting Rebirth of Souls seems to exist at the beginning or end of time and space: something new and eternal. The evocative color and light suggest a lifting of spirits on several levels. 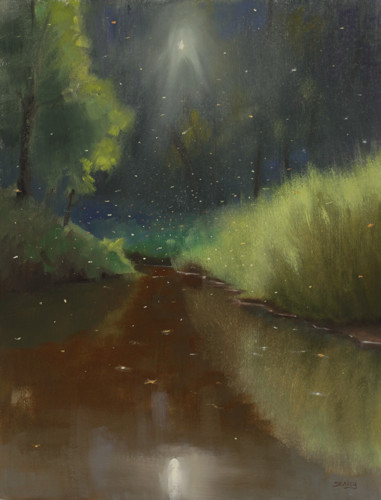 Leslie Sealey's mesmerizing landscape uses a glowing, nearly-abstract landscape to create an image of spiritual rebirth. The timeless, otherworldly quality of the light and space suggests the connection between nature, with its cycle of days and seasons, and the awakening of the human soul.

"The artwork in my Orcas Island Series celebrates the memory of my youngest sister, and a few cherished days three sisters reunited on her beloved home of Orcas Island in the San Juan Islands of Washington State. After we lost her, I began seeing her in every element of nature, and in time, I began to express these memories in a tangible way, painting metaphysical landscapes, a new direction in my work. Eastsound  (Orcas Island) a diptych, was the first painting in this series. To me it embodies the natural beauty of the island with its breathtaking views and peaceful atmosphere. It also symbolizes the joy and contentment my sister found after her recent move across the country to be near her children...I believe that in death there is rebirth, as in life. We search for ways to keep going on, and to keep the memories of the ones we love alive." 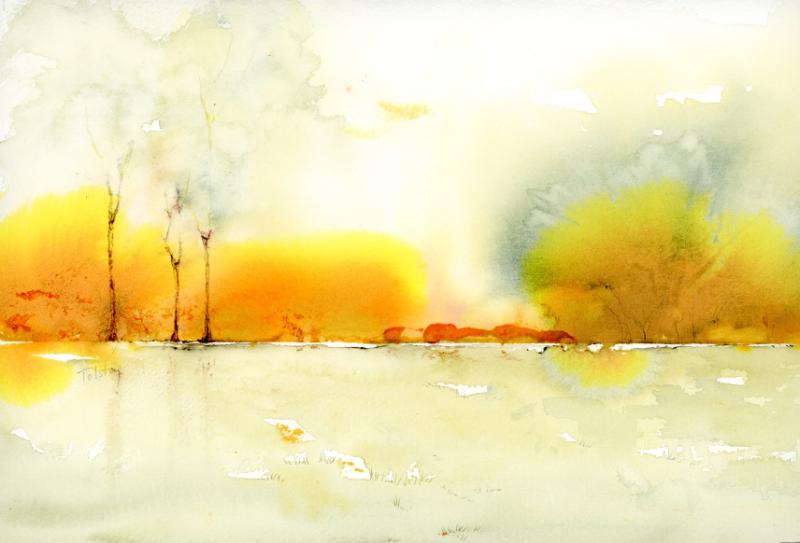 Watercolor
16" H x 20" W
Light filtering through trees creates a golden glow that feels hopeful in the way that each new day can feel like the rebirth of the world.
"Watercolor: a medium for the curious, the impatient, the impetuous. For me the best part is wondering: how will the paint finally settle? My intention is not to depict objects or places but rather to emphasize some bits and neglect others. Contrast and balance are most important, details not so much. Imagination can do amazing things, and I want the viewer to wander around the picture with their own musings."

Next: Questions about your Artspan site and GDRP?